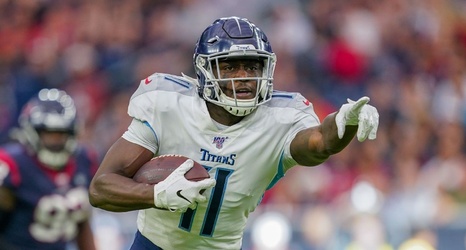 NASHVILLE, Tenn. -- A.J. Brown had one of the best rookie seasons in franchise history last year. The Tennessee Titans' 2019 second-rounder led all rookie receivers with 1,051 receiving yards and nine total touchdowns, becoming the franchise's first rookie wideout to surpass 1,000 receiving yards since Ernest Givens did it for the Houston Oilers in 1986.

Brown will have to keep honing his craft to avoid a second-year letdown because opposing defenses will have more film to study as they prepare to stop him this year.

Last year's accomplishments don't mean much to Brown. During the locker room clean-out last season, he acknowledged he had a solid season but said he fell short of his personal goals -- he wanted to finish with 1,500 yards and 15 touchdowns.