Free agency: Jadeveon Clowney set to be a bargain for Titans 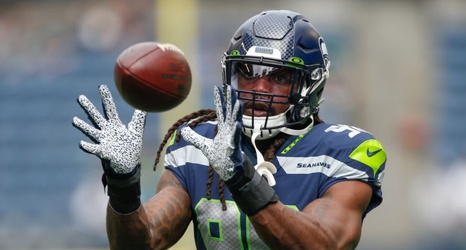 SEATTLE, WA - SEPTEMBER 08: Defensive end Jadeveon Clowney #90 of the Seattle Seahawks warms up prior to the game against the Cincinnati Bengals at CenturyLink Field on September 8, 2019 in Seattle, Washington. (Photo by Otto Greule Jr/Getty Images)

This time three months ago people were running around without restriction and Jadeveon Clowney was expecting to get $20 million or more per season in free agency.

Both of those things seem so far away now.

I’m going to focus this article on the second part of that statement because more rumors are surfacing that make me believe that Jadeveon Clowney will land somewhere for much cheaper than initially thought.