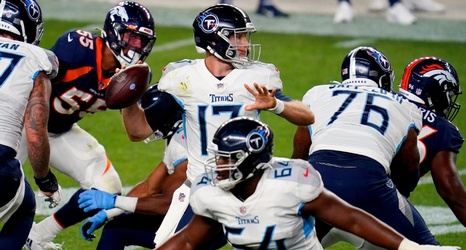 NASHVILLE, Tenn. -- Late-game rallies are becoming a calling card for Ryan Tannehill and the Tennessee Titans.

After Monday night's 16-14 victory over the Denver Broncos in the season opener, Tennessee has five fourth-quarter comeback wins since Week 7 of last season, which is when Tannehill took over as the starting quarterback. That's the most in the NFL in that time.

Teams with the most wins when tied or trailing in the fourth quarter since Week 7 of the 2019 season: