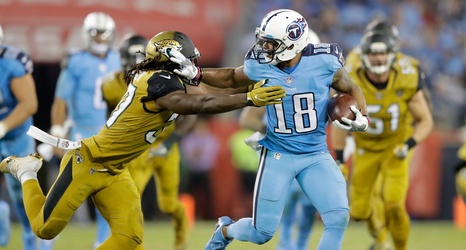 On Wednesday, RIshard Matthews, a seven-year NFL veteran who spent two-plus seasons in the league with the Tennessee Titans, went on 102.5 The Game in Nashville to give his insight on the current quarterback situation.

Matthews was drafted in 2012 by the Miami Dolphins in the same class as Ryan Tannehill. He heaped praise onto his former teammate.

Former Titans WR Rishard Matthews on 102.5 The Game: "I've been with Ryan [Tannehill] and I feel like he's going to do a great job at demanding greatness from those guys. He's going to show up, he's going to lead vocally… At that position you've got to lead.