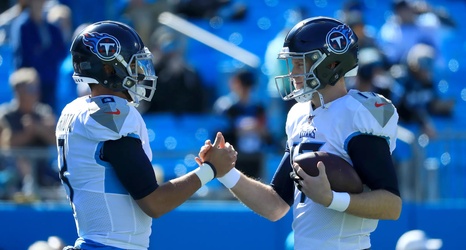 Honestly, this is the last thing I really want to talk about following that sweet, sweet Titans victory over the Chiefs yesterday, but former Browns GM Michael Lombardi made some comments on his podcast The GM Shuffle that were too interesting to ignore. On his latest episode that was just released today, Lombardi began talking about the Titans win over the Chiefs around the 5:50 mark and then dropped this familiar sounding nugget about Marcus Mariota and Ryan Tannehill right around the 8:30 mark.

“I was told this summer that the coaches really wanted to play Tannehill, but the front office was so endeared that they had to give this Mariota one more look.