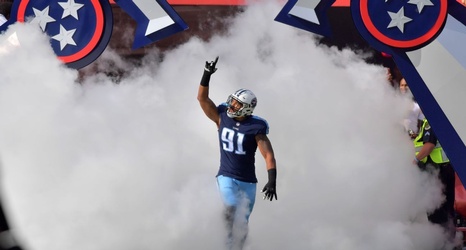 Former Tennessee Titans linebacker Derrick Morgan is retiring from the NFL at the age of 30, as he looks to turn his attention to making a more significant impact outside of football.

Morgan spent nine seasons with the Titans after they selected him with the 16th overall pick in the 2010 NFL draft. He finishes with 44.5 sacks and 305 tackles for his career.

The 2018 season was the last of a four-year, $27 million deal Morgan signed with the Titans in 2014. He started 12 games for the Titans in 2018 and missed three games while dealing with knee and shoulder injuries.