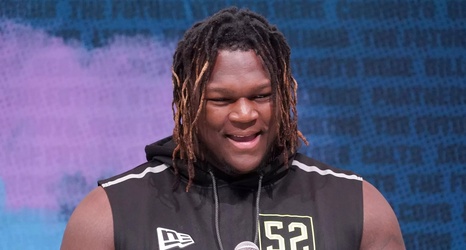 By now you probably know a little bit about Titans first round pick Isaiah Wilson. The first thing that jumps out is obviously his size. Even in a sport filled with freakishly large athletes, it’s pretty rare to see someone who goes 6’-6” and 350 pounds with a 7-foot wingspan.

However, there is a lot more to Wilson than just his hulking size.

He arrived at Georgia in 2017 as a five-star recruit from Brooklyn, the crown jewel of another top five recruiting class for Kirby Smart and the Bulldogs. Wilson reportedly fielded more than 80 scholarship offers before choosing UGA over Alabama and Michigan despite playing at the prestigious Poly Prep Day School, a private school in New York that sends far more students to the Ivy League than the SEC.