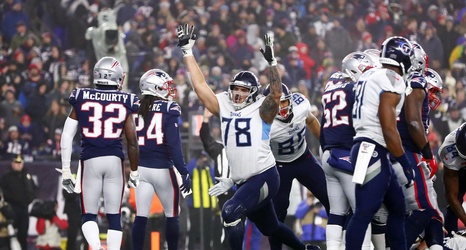 Jack Conklin has been a staple on the right side of the Tennessee Titans’ offensive line since his rookie season in 2016, a year in which he earned First-Team All-Pro honors. However, after the Titans declined his fifth-year option, the big right tackle is set to hit the free agent market, where he is likely to be given a very large check.

ESPN’s Bill Barnwell included a possible series of signings that could see the 2016 No. 8 overall selection heading to the Big Apple to protect Sam Darnold.

Gang Green’s recent big-ticket free-agent signings have mostly been disasters, but under new general manager Joe Douglas, they probably need to go back into the market for at least one significant offensive lineman.