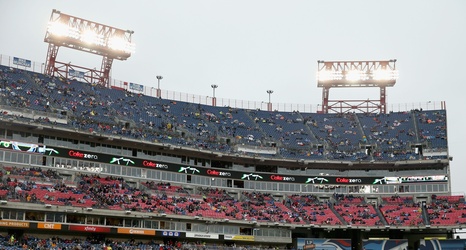 Eddie George spent eight illustrious seasons with the Houston Oilers/Tennessee Titans organization as the heart and soul of the team. As a captain of an NFL team, you must not only lead by example, but you must be willing to challenge those around you to be better when necessary.

Eddie was a natural leader during his playing days. On Thursday, the former Titans running back showed that those leadership qualities have never left.

George gave a post-practice speech to the team in which he emphasized that they understand the importance of winning a signature game like the one they have on Sunday, especially against a team that has consistently owned them in the past.