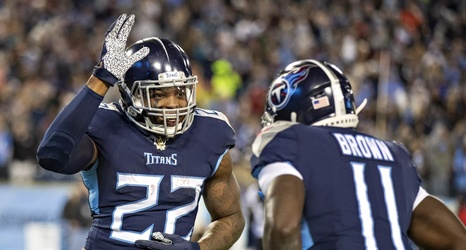 Titans fans can breathe a sigh of relief today as star running back Derrick Henry was a full participant in Friday’s practice and is reportedly “good to go” for Sunday’s AFC South battle with the Colts after being limited with a hamstring issue earlier in the week. This isn’t necessarily a surprise — it would have been very strange for him to be practicing, even in a limited capacity, if he had a hamstring injury that was serious enough to threaten his availability — but it’s good to see confirmation.