Colts LB Darius Leonard was rooting for Titans and Texans 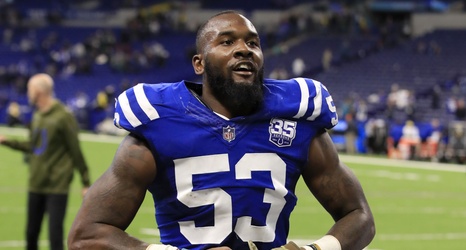 The Tennessee Titans won in the Wild Card round against the defending champion New England Patriots to continue a magical season. The Titans won a 20-13 nail-biter on Saturday that saw Derrick Henry run all over the No. 1 defense with a 182 yards on a season-high 34 carries.

While Henry and the lovable Titans beat the Patriots, they won over fans across the country. It looks like a particular AFC South foe was cheering the Titans on, also.

Second-year pro Darius Leonard of the Indianapolis Colts spent the weekend cheering on fellow AFC South teams in Tennessee and the Houston Texans.