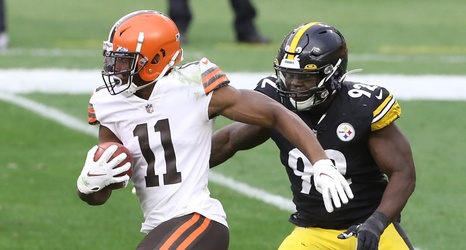 The Titans have officially agreed to terms with former Steelers linebacker Ola Adeniyi, according to the team:

Former #Steelers OLB/special teams ace Ole Adeniyi is signing with the #Titans on a 1-year deal, per @ErikBurkhardt.

Monetary terms of the contract have not been released.

Don’t get confused by the linebacker tag. This is a special teams signing.