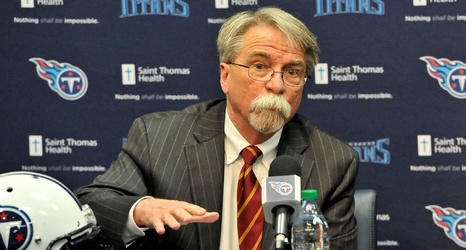 NASHVILLE, Tenn. -- Burke Nihill has been promoted to Tennessee Titans president/CEO to replace Steve Underwood, who is retiring from a full-time role.

Underwood, who joined the organization in 1991, will remain as a senior counselor for the team.

Nihill, in his fifth season with the Titans, was promoted in February to a senior vice president position that gave him control of stadium and facility operations. He held the additional title of chief legal officer.

Nihill led efforts to bring the 2019 NFL draft to Nashville, which was a huge success, and is overseeing the renovation and expansion of Saint Thomas Sports Park, home to the team's offices and practice facility.