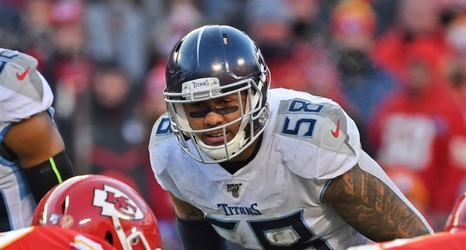 KANSAS CITY, MO - JANUARY 19: Linebacker Harold Landry #58 of the Tennessee Titans looks across the line of scrimmage before a play in the second half against the Kansas City Chiefs, in the AFC Championship Game at Arrowhead Stadium on January 19, 2020 in Kansas City, Missouri. (Photo by Peter G. Aiken/Getty Images)

There are players in the NFL who come into the league with great production, athleticism and hype, but for some reason Tennessee Titans EDGE Harold Landry wasn’t one of those players.

Coming out of the draft as a second round steal, Landry should have been revered as one of the top potential pass rushers in his class.