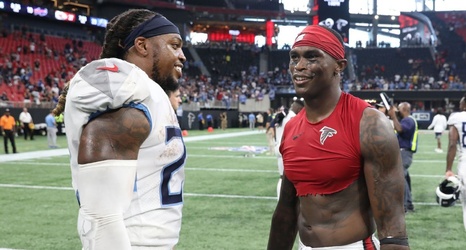 NASHVILLE, Tenn. -- The Tennessee Titans offense established itself as one of the league's best last season. The unit, under former offensive coordinator Arthur Smith, finished with a husky average of 30.7 points per game (fourth in NFL).

The Titans' offense also averaged 396.4 yards per game which tied them with the Buffalo Bills for the second-highest average in the league.

But there have been some big changes. Todd Downing takes over for Smith, who moved on to become the coach of the Atlanta Falcons. The Titans also lost three starters on offense: WR Corey Davis, TE Jonnu Smith and OT Dennis Kelly.