An updated look at the Titans win total for 2022 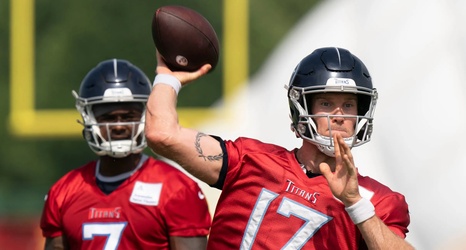 have been one of the most consistent franchises in the NFL. The team has won no less than nine games per season during that time frame, making the playoffs in four out of six tries.

General Manager Jon Robinson has brought some needed stability to Nashville, and the hire of Mike Vrabel has only strengthened that. The Titans have now won double-digit games in back to back seasons, capturing the AFC’s No. 1 seed last year. Of course, Tennessee flamed out at home against the Bengals when it mattered most, leaving a bad taste in everyone’s mouth that has lasted through the offseason months.