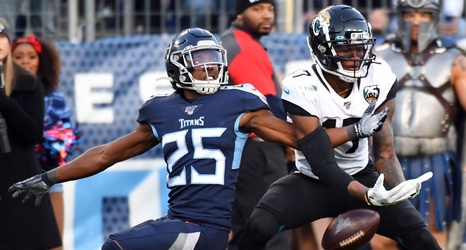 NASHVILLE, Tenn. -- Entering his fourth season, Tennessee Titans defensive back Adoree' Jackson could assume a different role in the secondary, which will likely involve extensive snaps as the nickel. New defensive backs coach Anthony Midget said the coaching staff expects great things from Jackson, who was drafted No. 18 overall in 2017.

Jackson used to return punts, but his special-teams snaps fell to just 12 in 2019 while logging 537 snaps in 11 regular-season games on defense -- primarily at left cornerback. He doesn't know if he will be asked to be the primary nickelback when the Titans eventually report for training camp, but he embraces the chance to expand his game.