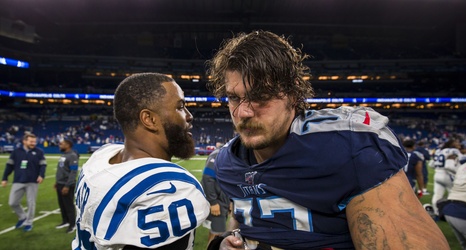 When players or coaches get put in the dog house by fans, a lot of times it can be extremely difficult to get out. Well, there are six Tennessee Titans who have been successful in doing so thanks to improved performance in recent weeks.

Winning can cure ills, and the Titans have been doing a lot of that lately. In their last six games, Tennessee is 5-1 and has gone from what looked like a lost season to one that could result in a trip to the playoffs.

The Titans actually have two avenues to get there, one of which involves winning the AFC South (Tennessee is currently in second place and one game behind the Texans), and the other is through the wild card (the Titans trail the Steelers by only a tiebreaker).