3 Titans who would benefit the most from Jadeveon Clowney 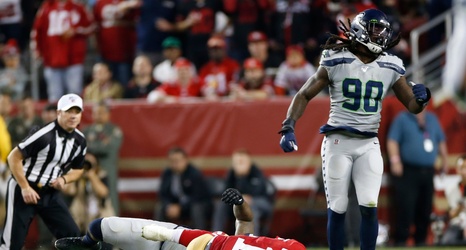 At this point, many Tennessee Titans fans have already made the assumption that Jadeveon Clowney is signing with the team.

That is a dangerous assumption to make, but the fan base has been peppered with quotes about how much the Titans front office and coaches like “JC” and they have name-dropped him several times in tweets.

While there is still plenty of time for heartbreak, let’s talk about what Jadeveon Clowney actually does on the field because you might be pretty surprised.

There is a little bit of a misconception about how Clowney is used, and I didn’t realize how incorrect some of these misconceptions were both by me and by nearly everyone I have listened to.