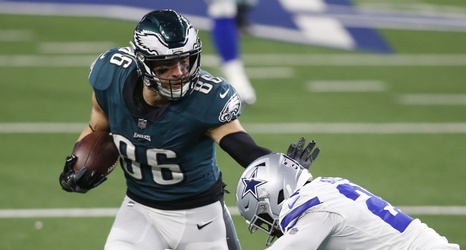 Truthfully, the Tennessee Titans have options if they still want to add a tight end.

At this point, you have to believe that anything is possible if you’re a Tennessee Titans fan. Remember when so many of you all said there was no way they’d land Julio Jones and that everyone who said they were the favorites was guilty of ‘clickbait’?

Ha! Take that! We were right and you were wrong (again). So again, what makes you think (or some of you at least) that they couldn’t add Zach Ertz if they wanted to do that, especially with the imperial wizard Jon Robinson working behind the scenes?