Report: Corey Davis Questionable For Week One With Hamstring Injury 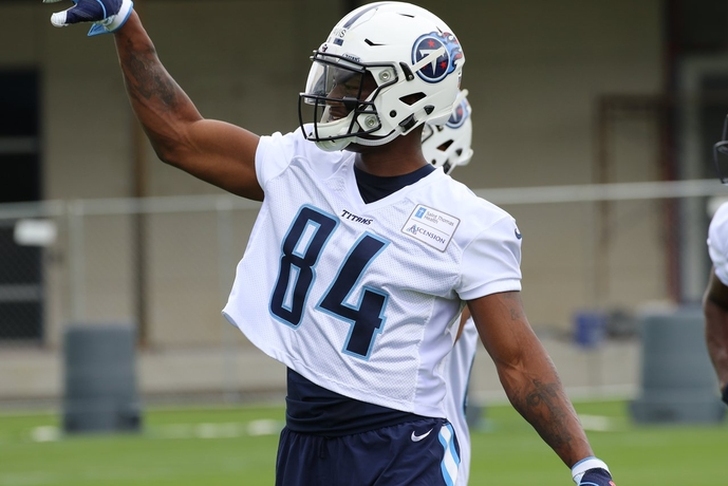 Tennessee Titans first-round pick Corey Davis is "week to week" after suffering a hamstring injury, leaving his status for Week One in question, according to Jim Wyatt of the team's website:

Davis suffered a hamstring injury a day earlier, and is “week to week,” according to Titans coach Mike Mularkey.

The team’s first-round pick said he plans to work hard, and return as soon as he possibly can.

“Obviously I was bummed, because I can’t practice the next few days. I am a competitor, and I want to be out there and practice and play,” Davis said Friday night. “But we are just taking it slow at this point.

“I got real emotional about it (when it first happened). I am a competitor and I want to be out there and do what I can to help out this great team. But I guess that is just not in God’s plans. I am just going to take it slow and take it week by week.”

Davis will not play in the team's first preseason game next weekend against the New York Jets, but he said he expects to be ready for the season opener on Sept. 10 against the Oakland Raiders.

The Western Michigan product also suffered a hamstring injury in college, which he said helps him because he “knows what to expect and what I have to do.” The two injuries are not related.

Davis, who is expected to start for the Titans, caught 97 passes for 1,500 yards and 19 touchdowns last season for Western Michigan last year.