Ranking The 5 Toughest Games On The Titans' Schedule In 2017 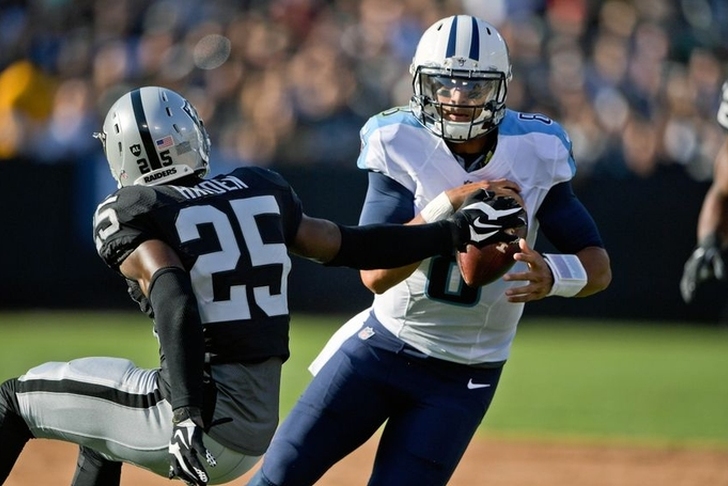 The 2017 NFL schedule was released last month, and the Tennessee Titans have a tough road ahead of them as they try to make the playoffs for the first time since 2008. These are the 5 toughest games the Titans will play this coming season:

5) at Miami Dolphins (Week 5)
Thanks to Adam Gase and the improvement of Ryan Tannehill, the Dolphins are a team on the rise in the AFC after making the playoffs last year. This will be a great early-season measuring stick game against another playoff-caliber team.

4) Seattle Seahawks (Week 3)
Speaking of early season tests...it doesn't get much tougher than Seattle's defense. They are going to load the line of scrimmage to stop Tennessee's dominant rushing attack, putting the onus on Marcus Mariota to beat them. This game would be higher, but Seattle really struggled on the road last season.

3) at Houston Texans (Week 4)
Houston has won the AFC South each of the last two seasons despite having terrible quarterback play, doing so with a dominant defense and good skill players. Dealing with J.J. Watt and Jadeveon Clowney will be a problem for Tennessee's offense. If the Texans get good quarterback play from Tom Savage or Deshaun Watson, they will move up a few spots on this list.

2) Oakland Raiders (Week 1)
Oakland was the second-best team in the AFC last season when quarterback Derek Carr was healthy, and all they've done is upgrade their roster this offseason. That alone makes for a difficult contest, and it coming in Week 1 makes it even tougher. The Titans' performance in this game will set the tempo for the rest of the season.

1) at Pittsburgh Steelers (Week 11)
Pittsburgh enters the 2017 season as the biggest threat to the Patriots in the AFC, and their dynamic offense will look to take advantage of all of Tennessee's weaknesses on defense. It doesn't help the Titans that this is a road game on a Thursday night, giving Tennessee a short week to prepare.