Ranking The 5 Hardest Games On The Tennessee Titans’ 2018 Schedule 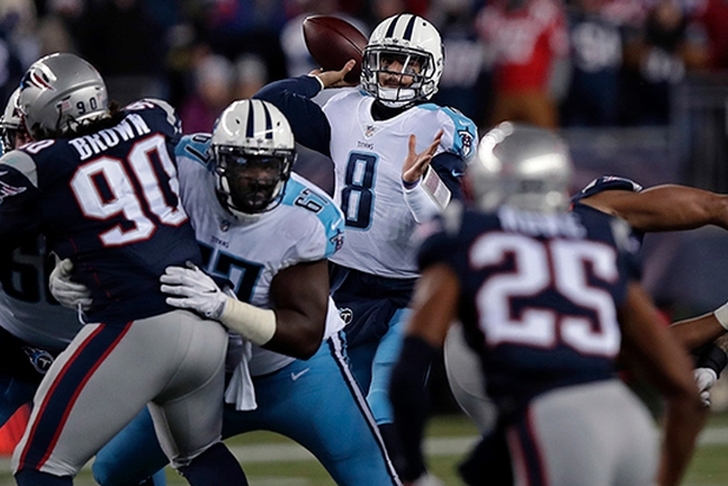 The Tennessee Titans saw their successful 2017 season come to an end with a playoff loss to the New England Patriots, but this team is set up for continued success in the future. Will they be able to return to the playoffs this year? These are the five hardest games that will likely stand between the Titans and a postseason berth:

5) at Dallas Cowboys - Week 9
The Cowboys could have very well been in the postseason if Ezekiel Elliott didn't have to miss six games due to suspension, and with him back, Dallas is thought to be Philadelphia's biggest threat in the NFC East. Both teams will likely be fighting for playoff berths as well

4) at Houston Texans - Week 12
Houston is going to be a much better team in 2018 with Deshaun Watson and J.J. Watt both fully healthy, along with the addition of Tyrann Mathieu. While both teams are hoping to make the playoffs, this game may decide which one of them gets in as a wild card (if not the division champs).

3) at Jacksonville Jaguars - Week 3
Jacksonville is expected to build on their run to the AFC Championship Game next season and, if they get quality quarterback play out of Blake Bortles, may be the best team in the league. Marcus Mariotta and Tennessee's offense will be tested against that vaunted secondary and pass rush.

2) vs. New England Patriots - Week 10
Yeah...no matter how much Tennessee has improved, they still have a long way to go to get on New England's level. Even though it's a home game for the Titans, this is around the time of the season when Tom Brady & Co. are rounding into form. I don't expect Tennessee's secondary to be up to the task of stopping this offense.

1) vs. Philadelphia Eagles - Week 4
Let's face it, playing will be the toughest game for everyone next season. The Eagles finished the regular season as the one seed in the NFC and won Super Bowl LII. Before suffering a season-ending injury, quarterback Carson Wentz was a leading MVP candidate and this Eagles defense was one of the best units in the league.