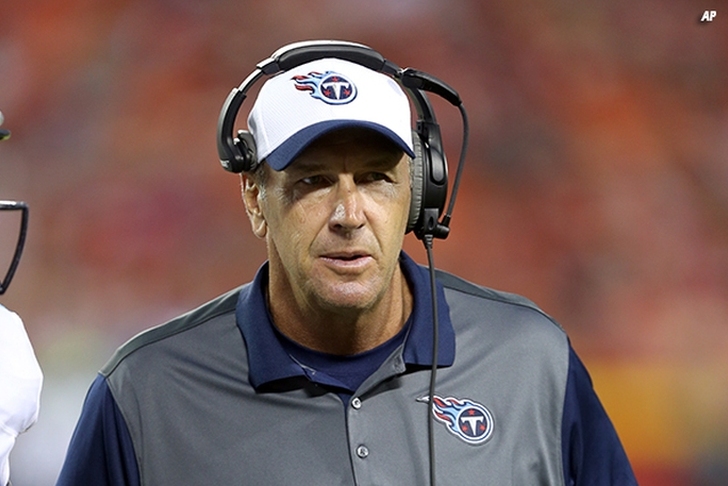 The Tennessee Titans fired head coach Ken Whisenhunt early in the season, and Mike Mularkey took over for the last nine games of the season, leading the Titans to a 2-7 record. However, that might be enough for him to keep the job on a permanent basis, as NFL Network's Ian Rapoport reports that there's a "legitimate" chance that Tennessee hires him:

"From what I am told, there is a real and legitimate chance that Mike Mularkey, who has been the interim coach, gets the full-time job, regardless of what they do with general manager Ruston Webster and CEO Steve Underwood," Rapoport said. "Mularkey is well liked by (owners) the Adams family, that is one thing, and they really appreciate the kind of work he's done with Marcus Mariota. They've lost a couple games at the end of the season, but all of that was without their rookie quarterback."

Tennessee clinched the No. 1 pick with a loss to the Indianapolis Colts on Sunday, dropping them to 3-13 on the year. Mariota missed the last two games with a knee injury.

The Titans have been strongly connected to former Eagles head coach Chip Kelly, who wants to reunite with Mariota, who was his quarterback at Oregon.

Mularkey would certainly be a questionable hire for Tennessee as he has just a 18-39 career record during head coaching stints with the Jaguars and Bills, as well as the Titans.