Marcus Mariota Questionable To Return vs. Patriots With Knee Injury 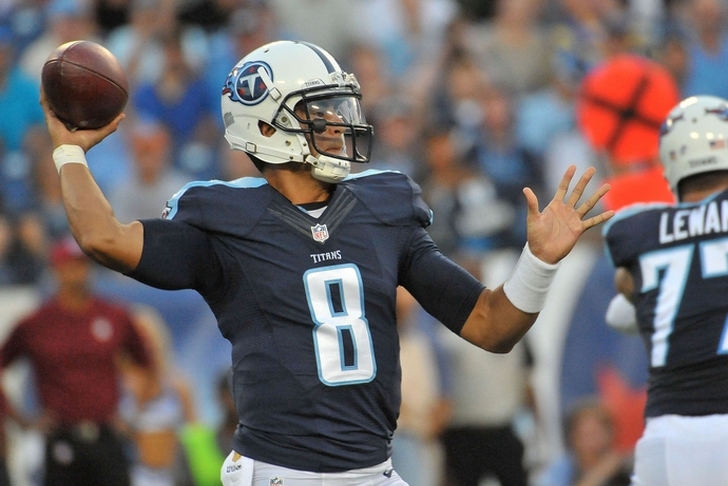 It's believed that Mariota has an MCL injury in his right knee. He will have an MRI on Monday.

According to a team announcement, Mariota has been ruled out for the day with a knee injury.

Tennessee Titans quarterback Marcus Mariota suffered a knee injury in their game against the New England Patriots, which took him out of action on the field. He is listed as questionable to return.

Mariota suffered the injury on this play:

Mariota was 3/6 passing for 32 yards before suffering the injury. Backup Zach Mettenberger has sinced replaced him.

If Mariota has to miss an extended period of time, Mettenberger is capable of stepping in for the Titans. He started two games earlier in the season against the Falcons and Texans, along with six starts last season.