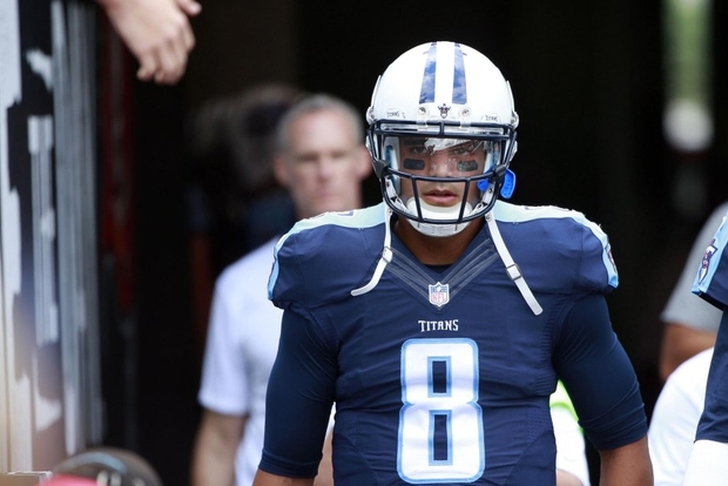 The Tennessee Titans won't have QB Marcus Mariota for the rest of the year. The rookie QB suffered a sprained MCL and the team will shut him down for the remainder of the season.

Mariota played in just 12 games this because of injuries. He did show the potential to be a franchise QB when healthy. He completed 62 percent of his passes for 2,818 yards, 19 TDs and 10 picks this season. He also added 34 carries for 252 yards and two TDs. He even caught a 41-yard TD pass this year.

NFL.com's Rand Getlin first reported the news. With the Titans out of the the playoff hunt, it makes sense that they'd play it safe with Mariota. The last thing the Titans want is for Mariota to injure his knee even worse and for the Titans to have a Robert Griffin III situation on their hands.

With Mariota out, the Titans will turn to Zach Mettenberger as the starting QB for the final two games. Mettenberger has appeared in five games this season. He's completed 67.6 percent of his passes for 663 yards, 3 TDs and 5 interceptions.

If Mettenberger plays well in the final two games, expect the Titans to try to deal him in exchange for a draft pick. The Titans signed QB Alex Tanney off the Colts' practice squad to replace Mariota on the active roster. Tanney spent part of last season and the start of this year on the Titan's practice squad.