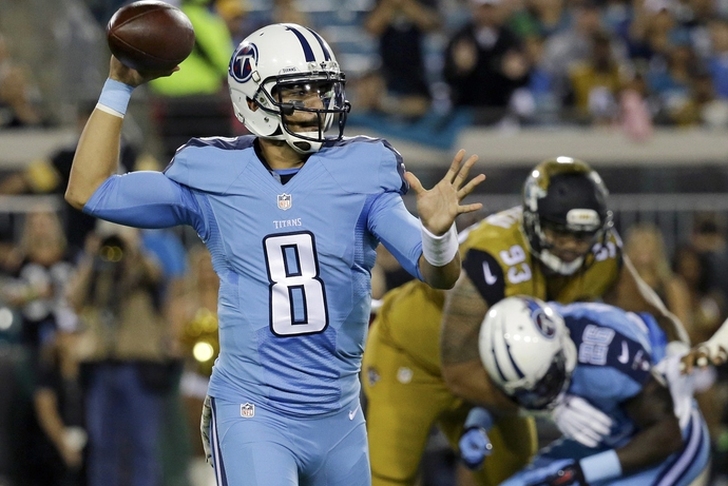 The Tennessee Titans are 8-7, sitting as the sixth seed in the AFC playoffs, but haven't clinched a playoff berth yet. After the Titans beat the Houston Texans 24-13 in Week 13, Tennessee has lost three straight games. The Titans are slipping at the wrong time during the season, but will they be able to turn their season around with a win and possible run in the playoffs?

Here's what needs to happen for the Titans to make the playoffs.

1. Titans Beat Jaguars
The Titans don't have the easiest path to the playoffs, but they at least control their own destiny. With a win on Sunday against the Jacksonville Jaguars the Titans make the playoffs. The game is at home and earlier in the season, the Titans went into Jacksonville defeating the Jaguars 37-16. In that game running back Derrick Henry carried the ball 14 times for 92 yards and one touchdown. Henry will play an important role in this game since starting running back DeMarco Murray is questionable.

2. Titans Tie + Bills Loss Or Tie + Chargers Loss Or Tie
If the Titans and Jaguars end in a tie, then both the Buffalo Bills and Los Angeles Chargers would need to lose or tie. The Bills are on the road against the Miami Dolphins and earlier in the season, the Bills beat the Dolphins 24-16. The Chargers are at home against the Oakland Raiders and in Week 6 the Chargers won in Oakland 17-16.

According to the NY Times N.F.L. Playoff Simulator, the Titans have a 60 percent chance of making the playoffs.

Follow our Tennessee Titans News page for all the latest Titans news!