Here’s The Point Spread For Every Titans Game In 2017 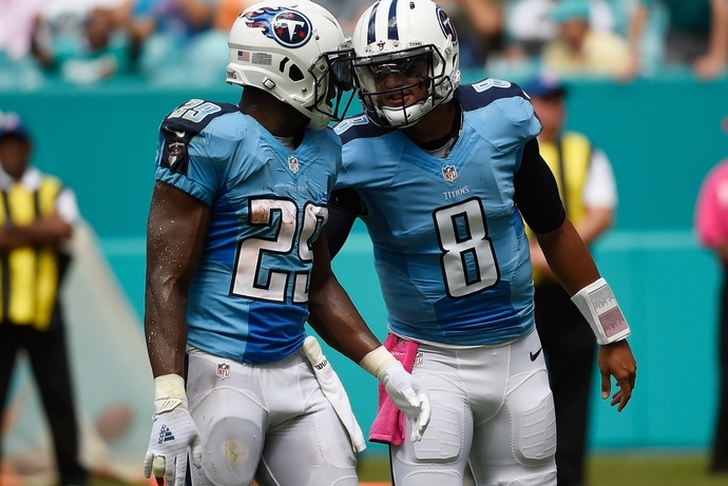 The Vegas odds for the first 16 weeks of the NFL season are out, and it's time to take a look at how Vegas thinks the Tennessee Titans will fare in the 2017 season. The Titans failed to make the playoffs last year, but they're a team on the rise. With another year of development for the young players and more pieces added on both sides of the ball, the Titans should be in the mix for the AFC South title.

The odds for Week 17 are not out yet, because of the tendency for team to bench players, so that week isn't counted. With that in mind, here is the point spread for each Titans game in 2017.

Vegas projects the Titans to be a .500 or better team, with an 8-7 mark before a winnable home game against the Jags. In what remains a not great AFC South, that might be enough to secure a playoff spot. The Titans could (and should) be a trendy playoff pick this year. The key for Tennessee will be the AFC South matchups. Vegas has them splitting matchups with the Colts and Texans, while winning their only one vs. the Jags. That might be the minimum for the Titans to make the playoffs this year.

Follow our Tennessee Titans team page for all the latest Titans news or download the Chat Sports App!