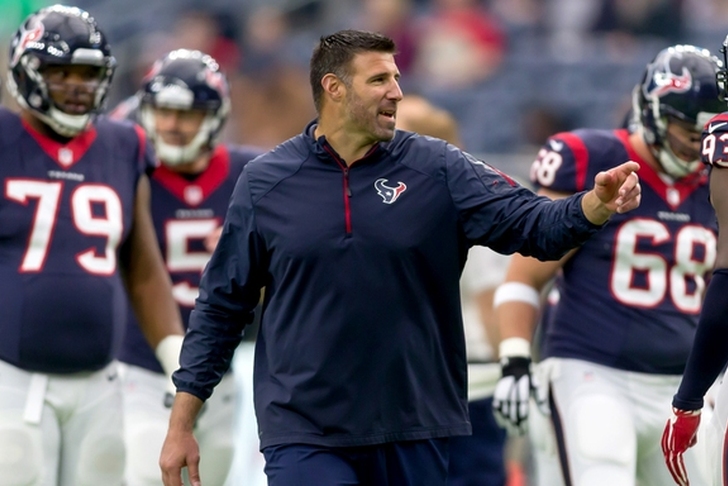 The Tennessee Titans announced that they have hired Houston Texans defensive coordinator Mike Vrabel to be the team's next head coach.

I am excited to have Mike Vrabel joining our organization as our new head coach,” said Titans Controlling Owner Amy Adams Strunk said. “In the interaction between Mike and Jon (Robinson) during the interview, you could see their connection right away from the history they have with one another – seeing the game in a similar way and talking the same language. Mike has a commanding presence and a deep knowledge for how he will attack this head coaching opportunity. Throughout his football career, he has played for, been mentored by and coached with successful teams and organizations. He knows what it takes to reach that level of sustained success – he has seen it first-hand. We have a chance to build on the solid foundation that we established over the past couple of years and I believe Mike is the right person to continue that progress.”

Vrabel won three Super Bowls with the New England Patriots as a linebacker and joined the NFL coaching ranks in 2014 as a linebackers coach for the Texans prior to being promoted to defensive coordinator for the 2017 season. Prior to joining the Texans, he spent three seasons as an assistant at Ohio State.

“I have always had a great deal of respect for Mike as a player and as a coach,” general manager Jon Robinson said. “I saw him up close as a player for the Patriots and saw how he prepared himself to be successful on a daily basis. He was the ultimate team-first player and he embodies that same mindset as a coach. He is intelligent, energetic, detailed and a leader whose deep passion for this game will resonate with our players. As a coach, I have seen him develop talent at both the college and NFL level, and put players in position for them to be successful. I am excited to get him in front of our team and watch us grow together as a team.”

Vrabel was one of three candidates who interviewed for the job after the Titans fired Mike Mularkey following their playoff loss to the Patriots.

“This is an incredible opportunity and one I have been preparing for my entire football life,” said Vrabel. “I want to thank Amy, Jon and the entire Titans organization for putting their faith in me. I am excited to get to work and that work starts now. We want to build a culture around winning, competitiveness and toughness. Everything we do is going to be geared towards winning and being physical. We want to prepare our players so they know what to do, which will allow them to play fast and aggressive.”

Vrabel will be taking over a team that went 9-7 last season with a promising young quarterback in Marcus Mariota. It was the second straight season in which Tennessee posted a 9-7 record.