Will Tennessee Titans Quarterback Jake Locker to Return for Titans vs. 49ers? 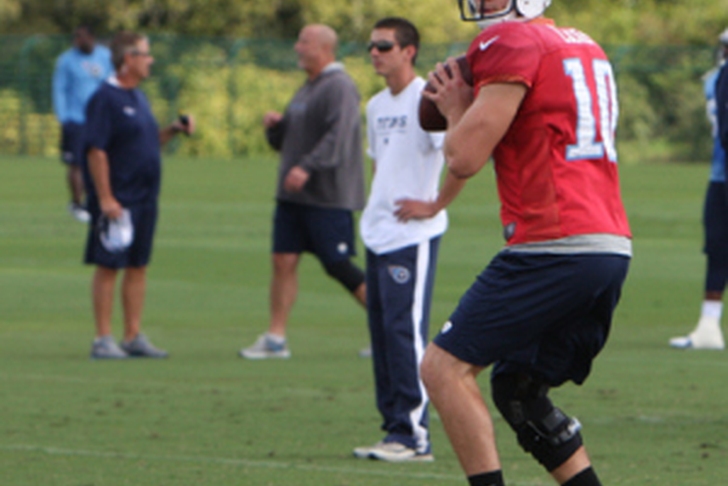 Tennessee fans have been anticipating the return of injured quarterback Jake Locker, but it’s a bit of a surprise for most to hear he has already practiced, and could potentially play against San Francisco this Sunday.

Although it hasn’t been officially confirmed whether Locker will play or not, according to Coach Mike Munchak these next 24 hours are crucial in determining if he is ready to return. Although it seems Locker is prone to injury, we also know that he’s a quick healer – he made a quick return from injury last year - and we know that he’s a hard worker. After Ryan Fitzpatrick took the reins as starting QB for the Titans, they’ve lost every game since - if that isn’t motivation for Locker to return, then I’m not sure what is.

Regardless of Locker’s motivations, he has been working hard to return by this Sunday. Still, Munchak said the Titans added reps this week so that both Locker and Fitzpatrick could feel as prepared as possible to face the 49ers.

Locker has said that he’s prepared every week as if he was going to play. His return has the potential to be beneficial to the team, but could also lead to further setbacks if he hasn’t completely healed yet. If Locker plays and re-injures himself, it could turn a bad series of games into an absolute catastrophe for the Titans.

Time will tell how this story unfolds, but it can’t hurt the Titans that the 49ers are forced to prepare for Locker even if he can’t play.

Aside from the questions concerning Locker’s status, the Titans know this game is crucial for them going into a bye week. With or without Locker, an upset win over San Francisco could change the course of Tennessee’s season.