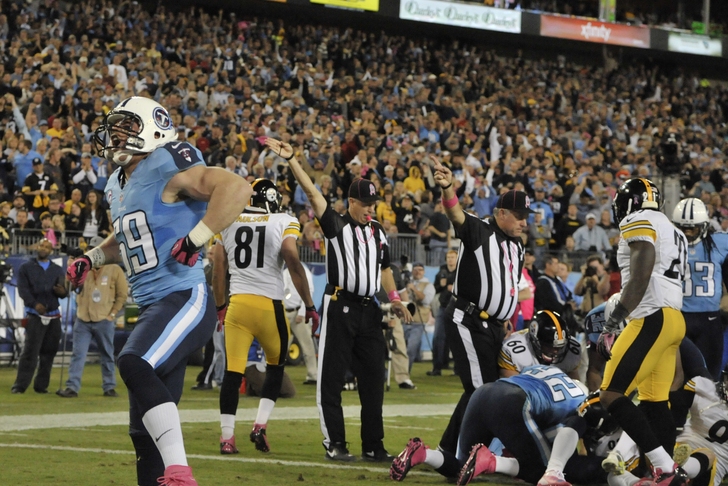 One day after former Titans linebacker Tim Shaw publicly revealed his own ALS (also known as Lou Gehrig's Disease) diagnosis, the Tennessee Titans assembled at St. Thomas Sports Park to take the challenge in support of their former comrade.

The Titans have challenged their entire fan base to get involved in the Ice Bucket Challenge, either taking the challenge itself or making a donation to the research fund (for more information, click this link).

Shaw was on hand for the Titans' challenge, showing appreciation for his former teammates' love and support as he wages his personal battle with ALS. The 30-year-old was signed by the team in 2010 and was released by the team last summer. He plans to continue his public support of ALS research while helping to fund the program on his own accord.

Want all of your NFL news wherever and whenever? Download our new 5-star iPhone app and follow our NFL league page today!