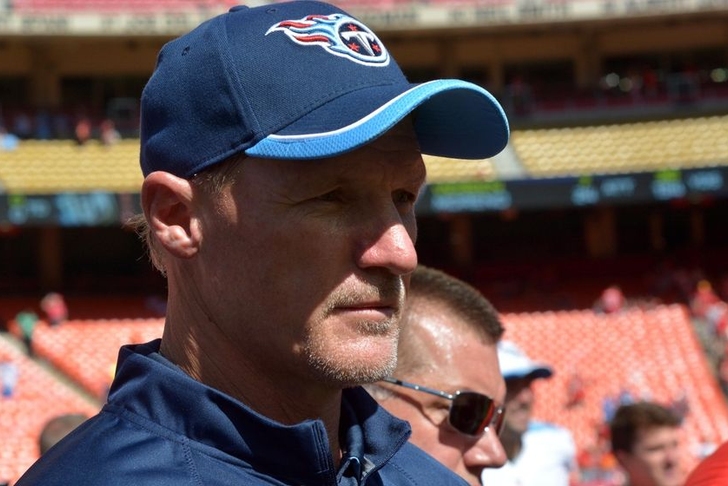 Ken Whisenhunt has only in his first season as the head coach of the Tennessee Titans, but a 2-12 record raises some questions about his job status. If the Titans do decide to cut ties with him after the season, who will they look at to replace him? It’s unclear whether he’ll be returning to Washington next season – or if he even wants to. Gruden was one of the hot commodities in the coaching world last year, and has been swallowed up in the entire Washington Redskins/Robert Griffin III dumpster fire. That’s no fault of his, and he can still coach. Tennessee could be the team willing to give him another look. McDaniels has rebuilt his reputation while leading the Patriots’ offense for the past three seasons after serving as the head coach in Denver, and he still has a strong desire to redeem himself as a head coach. If Tennessee strikes out on some of the names higher up their list, McDaniels is a great backup option.

Bowles has quietly led and constructed one of the league’s best defenses in Arizona, and they haven’t missed a beat despite having several starters hurt this season. He served as the interim head coach for the Miami Dolphins in 2011 after the team fired Tony Sparano. He’s one of the rising stars in the NFL coaching world, and the Titans would be smart to bring him in.

McDermott is a rising star in the coaching ranks, who already has 16 years of NFL coaching experience – including six as a defensive coordinator – at the age of 40. He’s the architect that has built and maintained Carolina’s top defense while being there since 2011, and received interest from multiple teams last year about their head coaching vacancies. McDermott has fallen down the rung of coordinators waiting to become a head coach with Carolina's struggles this year, but he's still one of the premier coordinators in the league. Tennessee would be smart to offer him the job.

Bevell worked with Brett Favre and Adrian Peterson in Minnesota before moving to Seattle in 2011, where he’s helped develop Russell Wilson and built a dominant running game. He was interested in the Titans job last year, and is still interested, though he may have offers from several teams. Bevell has a Super Bowl pedigree and would bring new life to a team that seems to have forgotten how to win games.

Who do you think the Titans should look at if Whisenhunt is let go after the season? Leave a response in the comments!