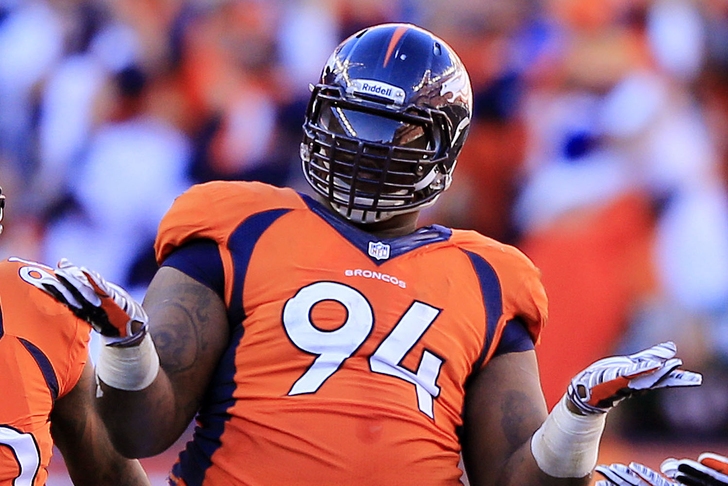 The Tennessee Titans have plenty of needs, and they're looking to address several of them in free agency. They do have the cap room to sign several marquee free agents - here's who they're looking at to help propel them up the standings: Tennessee desperately needs someone who can stop the run, and Knighton has become one of the most dominant run-stoppers in the league. The Titans gave up 2,195 rushing yards last season, ranking them 31st out of all 32 NFL teams. That works out to 137.2 yards per game, and anyone who watched the Titans much can remember dozens of times when the team looked utterly incapable of stopping the run (Pittsburgh’s Le’Veon Bell comes to mind). Knighton would drastically improve that aspect of their defense. Quarterback is Tennessee’s biggest question mark, and while there aren’t any big names on the free agency market, they’re going after Ryan Mallett. He looked good when he got to start two games for the Texans this season after spending most of his career as a backup in New England. Houston will do everything they can to keep the 6’7″, 245-pound QB around since they like what they saw before Mallett tore his pectoral muscle in his second start, but Tennessee has more money they can throw at him.

Hawk won’t be a star for the Titans, but he’ll be a nice complementary piece and an upgrade to their linebacking core. He finished the season with 90 tackles with Green Bay last season, but was cut to free up cap space. The biggest knock on Hawk is his lack of versatility – he only has one interception in the last four seasons – but his toughness and run-stopping ability would make him valuable in Tennessee.