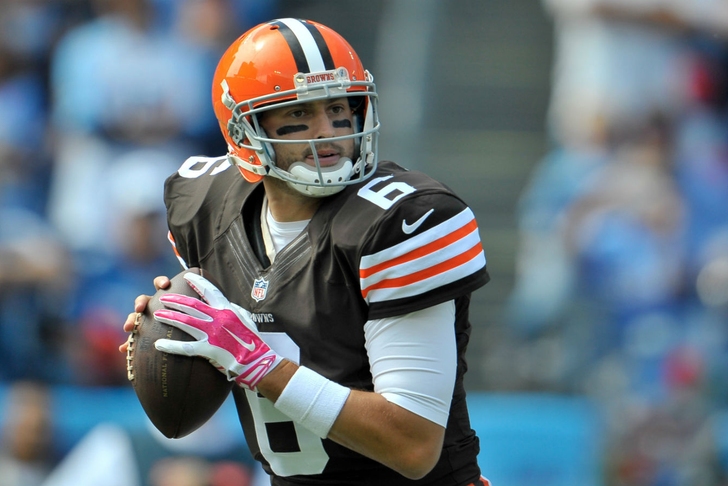 The Tennessee Titans are looking to the start of free agency on March 10th as the next step in a major rebuilding process, and there's plenty of talent out there that could play a part in pushing the Titans back into the conversation in the AFC South.

With that being said, there's plenty of potential potholes out there in free agency as well -- especially with Tennessee's need at QB and the awful crop of signal callers currently slated to hit the market come Tuesday. Here are 3 free agents the Titans would do well to avoid as the new league year begins. It says a lot about the quarterbacks in the 2015 free-agent class that Brian Hoyer is at or near the top of the talent pool. The soon-to-be former Cleveland Browns signal caller was mediocre at best in his first extended stint as a starting quarterback in 2014, completing just 55.3% of his passes for 3,326 yards, 12 touchdowns and 13 interceptions. The Titans very well could be interested in the 29-year-old, but buyer beware — Hoyer's track record in helping to push young quarterbacks to perform (*cough* Johnny Manziel *cough*) doesn't exactly bode well for a guy like Zach Mettenberger or a Titans team looking for consistency under center.

Meet this year’s Alex Mack – an offensive lineman who will likely be overpaid based on need and not on his actual talent. Unlike Mack, Iupati doesn’t have the versatility to be a true franchise guard and his protracted struggles with the San Francisco 49ers in 2014 should raise a red flag compared to the money he’ll command. The Titans would be better served spreading their money out in free agency and/or doing their homework for the 2015 NFL Draft.

Kelly is still a solid pass rusher, but how much oomph can the former Oakland Raiders/Arizona Cardinals lineman serve to provide with his 35th birthday coming next season? The Titans need pass rush help desperately, but it would serve them well to get younger and cheaper and look for upside rather than veterans like Kelly finishing up the twilight of their NFL careers.