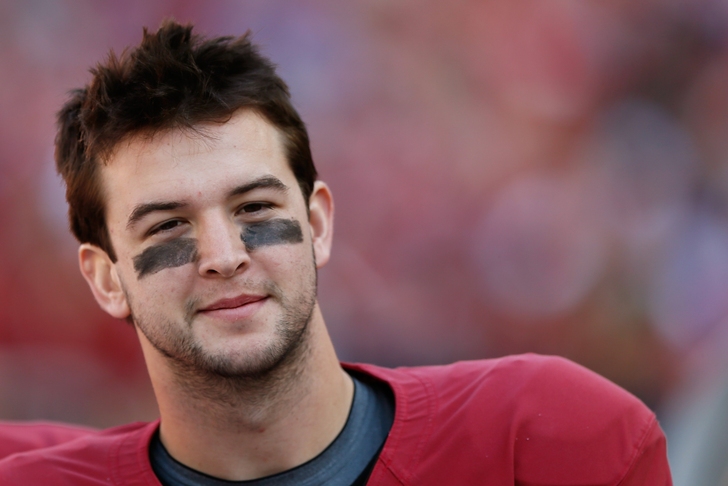 “I hope we get him. I don’t know what round we can get him in, but I definitely want him in Tennessee,” Warmack stated. “He’s a winner. He’s a great guy to be around and he’ll help the locker room. He’s not selfish as a quarterback and he’s going to make the right plays on the field. If he doesn’t start, when he gets drafted by the Tennessee Titans he’ll definitely help.”

The Tennessee Titans most likely wouldn't consider McCarron as high as their #11 overall pick in the draft, but could possibly have him on their boards for the second or third round.

Your Titans news whenever and wherever you want them. Download our new Chat Sports iPhone app and follow our Titans team page today.