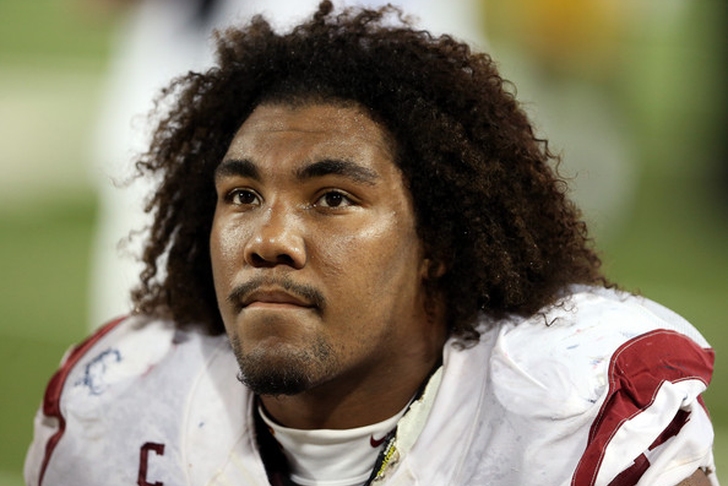 The Tennessee Titans are looking like a safe bet to land one of the top picks in May's 2015 NFL Draft, and they have plenty of needs they can address with their first-round draft pick.

USC's Leonard Williams is widely rated as the top pick in this draft class, with the Trojans defensive lineman drawing comparisons to J.J. Watt for his physical tools and motor. Can the Titans afford to pass on a generational prospect like Williams? They really can't - and here's why:

1. The Titans can't stop the run

Tennessee allowed 142.1 rushing yards per game this season. 142.1! There were games where it looked like you could strap pads on a randomly-selected fan, and they'd average at least four yards a carry against Tennessee's defensive front.

If the Titans want to make up ground in their division next year, they need to figure out how to stop the run. Williams has been beastly against the run in his time at USC, and he can single-handedly improve a glaring flaw in the Titans' defense.

2. No quarterbacks in this draft are a safe bet

Marcus Mariota is the consensus #1 QB in this draft, but he'd be the first Oregon QB since Dan Fouts to do anything notable in the NFL. Draft scouts don't see Mariota as a sure-fire winner like Andrew Luck, and ESPN's Mel Kiper went on the record saying he didn't think there were any franchise quarterbacks in this draft.

Jameis Winston has talent, but he needs to spend a few months out of the headlines before a team like Tennessee can feel confident rolling the dice on him. The Titans just can't afford to whiff on another QB pick...especially with a game-changer like Williams sitting in the green room.

3. He's the most versatile player at his size in years

Williams is the rare prospect who's already flourished in multiple defensive sets - USC's coaching changes have seen him transition from the 4-3 to the 52 to the 3-4, and he hasn't missed a beat at any stop along the way.

The Titans need a player who can step in and make them better right away - not down the road, not in the right situation...right now, in 2015. Williams is that player, and if he's available when their pick rolls around, they can't afford not to pull the trigger.