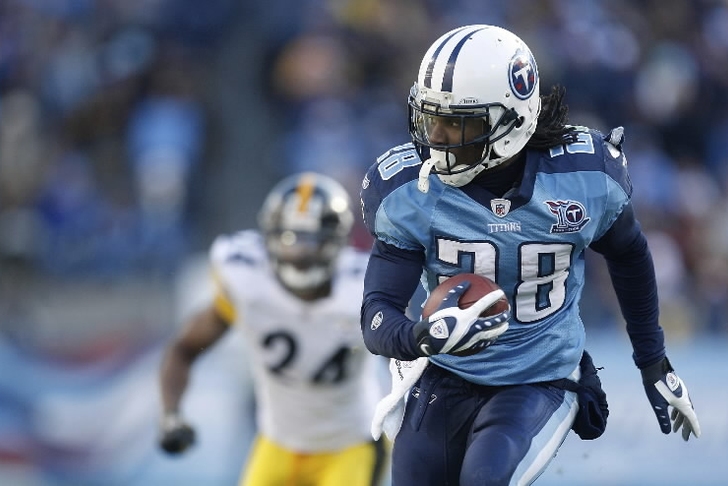 Its official—Chris Johnson has been released from the Tennessee Titans. Titans General Manager Ruston Webster released a statement earlier regarding the matter:

“As an organization, we want to thank Chris for his contributions to the Titans. Chris produced many memorable moments, broke franchise records and was durable over his six-year career with our team. We have had an open dialogue with Chris’ agent, Joel Segal, over the last few weeks, and we appreciate the patience and professionalism they have shown throughout this process. We made an effort to trade Chris but were unable to do so. We wish Chris the best and thank him for the six seasons he spent with us.”

Johnson’s release comes as no surprise—his agent said that it was only a matter of time before the Titans parted ways with him. This decision was most likely made based on Johnson's lack of production since his 2,000 yard season and his high salary demands.

Last year, we saw Johnson demand more money from the Titans, but this time around they're unwilling to fork up the $8 million Johnson is due to make in 2014 and 2015. The Titans considered bringing Johnson back and even met with him during the offseason, but they failed to find a resolution and the Titans declined to bring him back at the salary he requested.

Johnson was selected in the first round of the 2008 draft, and in 2009 he wowed the fanbase with a total of 2,006 rushing yards. His popularity skyrocketed, and the Titans gave him a large extension excited for the future.

Since 2009, Johnson has failed to live up to the promise he showed. With 1,077 yards this past season, his output just hasn't matched his desired compensation. His inconsistency can only get him so far, but his speed will likely attract a team looking for a more electrifying option on offense. Rumors have begun to circulate that the next chapter for CJ may be with Rex Ryan and the Jets.

The time has come for the Titans fanbase to say goodbye to their Johnson jerseys, and to hope for a promising season with the news changes to the roster.