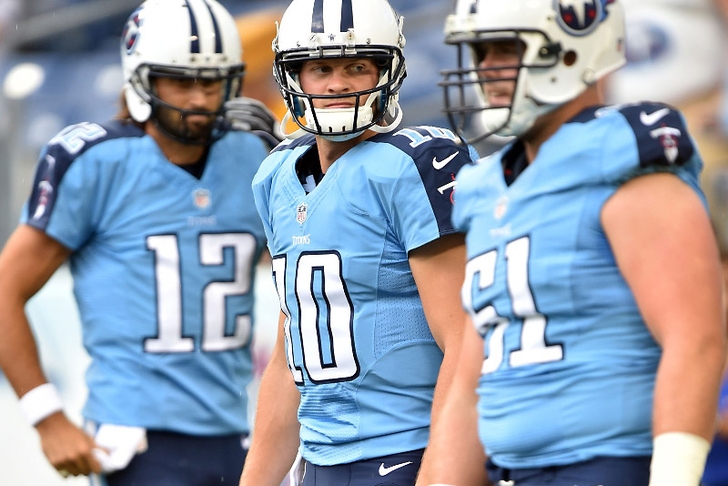 The Tennessee Titans have plenty of needs heading into the 2015 NFL Draft, but they'll only be able to address a few when draft day rolls around in late April. Here are the three positions they should look at first:

The Titans can't get rid of Michael Griffin and George Wilson fast enough. If either ends up starting a game in 2015, this offseason will have been an abject failure no matter what else the Titans accomplish.

Unfortunately for Tennessee, this isn't a very strong draft for safeties, and we think it's much more likely that the Titans address this need through free agency. If they do decide to draft a safety, though, Stanford's Jordan Richards and Michigan State's Kurtis Drummond should both be around in round 3.

The Titans need someone who can help shut down the run, and their 2014 season statistics make it pretty clear why.

The Titans gave up 2,195 rushing yards last season, ranking them 31st out of all 32 NFL teams. That works out to 137.2 yards per game, and anyone who watched the Titans much can remember dozens of times when the team looked utterly incapable of stopping the run (Pittsburgh's Le'Veon Bell comes to mind).

This is a deep draft for run-stopping talent, though - keep a very close eye on Washington's Shaq Thompson & Virginia's Eli Harold in the second round.

Jake Locker and Zach Mettenberger are not the answer, and with the #2 pick, Tennessee has the chance to find someone who is.

The pick here would either be Florida State's Jameis Winston or Oregon's Marcus Mariota. If Tampa (picking first) takes a QB, the Titans get stuck with whoever's left over, but if the Bucs look elsewhere, Ken Whisenhunt's team will have a very interesting choice to make.

Mariota is the safer pick, but most scouts agree Winston has the higher ceiling. Neither is a sure-fire, Andrew Luck-style guarantee, and the Titans will ultimately decide whether they want to take the safe route or roll the dice.

Marcus Mariota To The Titans? Examining The Pros & Cons