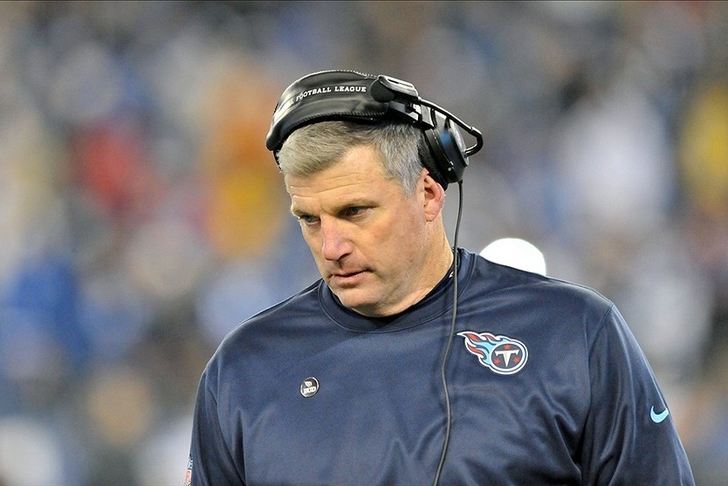 The Tennessee Titans have had their fair share of heartbreaking moments in recent years, and sadly, I don’t think Mike Munchak’s departure is one of them. Sure, everyone was upset and somewhat surprised when Jeff Fisher announced his split from the team - but this time around, it seems different.

When Munchak made his first appearance as head coach in 2011, it’s safe to say that fans hoped for a positive transformation, and hey, who knows - maybe even a playoff appearance. Even though he didn't completely electrify the fan-base, there was still excitement about the team’s future.

Munchak struggled to rise to the challenge, and fans were left disappointed with his efforts during his three seasons in charge. While we did see some slight improvements in the team, fans were never able to feel satisfied at the end of the season while Munchak was in charge.

After Tennessee won their last two games of the season, rumors circled that Munchak would stay around for another year. Some thought he deserved another chance, considering Tennessee’s injury crisis throughout the season. Munchak depended heavily on QB Jake Locker, and when Locker went down with an injury mid-season, some fans were willing to give him one more pass.

Letting Munchak go was ultimately the right decision - with a solid defense and offensive weapons like RB Chris Johnson, Tennessee has some pieces their new coach can work with. Munchak’s replacement will have to decide whether or not to keep Locker as the Titans’ quarterback of the future, but that decision will likely depend on who takes the reins.

The next step for the Titans: find a new head coach that everyone can get excited about. A hot candidate at the moment is Seattle Seahawks defensive coordinator Dan Quinn, and Titans owner Tommy Smith is reportedly so "smitten" with the Seahawks' organization that he’d love to bring on one of their coordinators to help instill a similar culture around the Titans squad.

As for Munchak’s future, there has been talk of a possible return to Houston, as he is set to reportedly have an interview with the Texans, where he would join the staff of newly appointed HC Bill O’Brien.

The Titans are currently stuck in neutral, and they’ll have to look carefully for a coach who can get them back to the playoffs sooner rather than later. Mike Munchak laid a solid foundation for the Titans to build on, but ultimately they needed to look elsewhere to take the next steps.