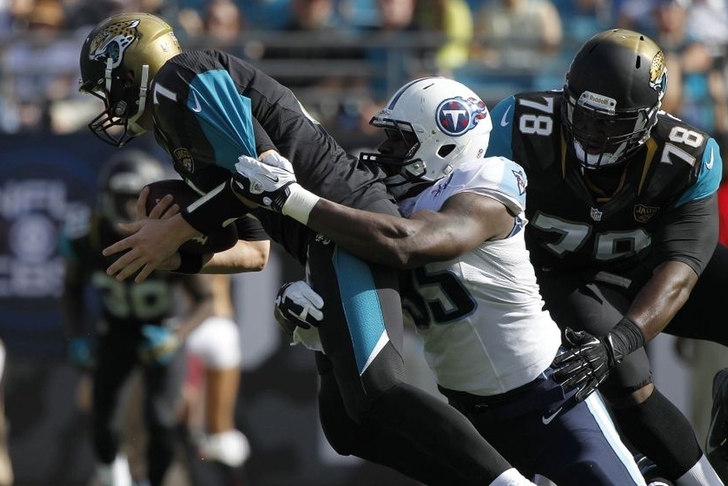 The Jaguars and Titans came into this game as two of the worst teams in the NFL, and one of them was going to get a much needed victory.

Jacksonville drove down the field scored early in the first quarter, but were held in check from that point on. Tennessee responded with a touchdown in the second quarter, and used a trio of field goals by Ryan Succop to build a lead.

Blake Bortles led Jacksonville back with a touchdown in the last minute, but the Titans blocked a game-winning field goal attempt by Josh Scobee that sealed the win.

Turning Point: A long, 80-yard touchdown drive by Tennessee in the second quarter gave them the momentum, which the rode to the victory.

Key Stat: Jacksonville turned the ball over twice in this game, while the Titans didn't turn it over once. They not only killed Jaguar drives, but gave Tennessee more opportunities to kill time and extend their lead.

Tennessee MVP: Backup quarterback Charlie Whitehurst was forced to start due to another injury to starting QB Jake Locker, and performed admirably. He finished 17-28 passing for 233 yards and didn't throw an interception, which is the kind of performance you want from your backup.

Jacksonville MVP: Blake Bortles didn't get the win, but he's giving Jaguar fans more and more hope every time he steps out on the field. He finished 32-46 for 336 yards and a touchdown, but almost pulled off one of the more dramatic comebacks in franchise history.

What’s Next? The Jaguars will continue to look for their first win of the year next week against Cleveland, while the Titans will try and get back into the AFC South race with at winnable game at Washington.