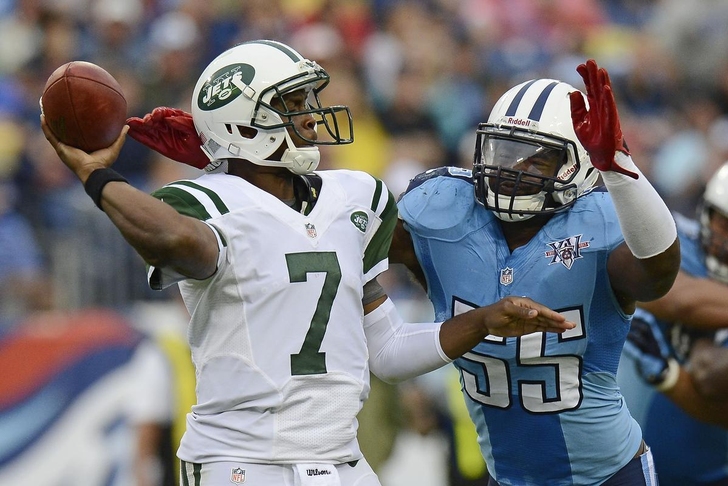 Fair warning, this was not a pretty game for either team. With both teams coming in with a shot at the top pick in the 2015 draft, there wasn't much surprise that this was one of the uglier games played this season.

Charlie Whitehurst took over for an injured Jake Locker, but neither quarterback was able to lead the Titans into the endzone.

Turning Point: The Jets scored their second touchdown of the game on a Chris Ivory goal line run to take a 16-11 lead with under four minutes to go in the game.

Against a punchless Titans offense, that was enough for New York to secure the victory.

Key Stat: Jake Locker and Charlie Whitehurst combined to complete just 14 of 31 passes for 181 yards on the day.

Titans MVP: Realistically, there wasn't any player who really qualifies here. The Titans didn't score a touchdown despite the win, but Nate Washington had a modest five catches for 79 yards.

It could have been a bigger day, as Decker's 81 yard touchdown was called back after Decker stepped out of bounds. Still, he had one of his better outputs as a Jet, leading New York in targets, receptions and yards.

The Titans travel to Jacksonville for Thursday Night Football, while the Jets host the AFC East Champion Patriots next Sunday.