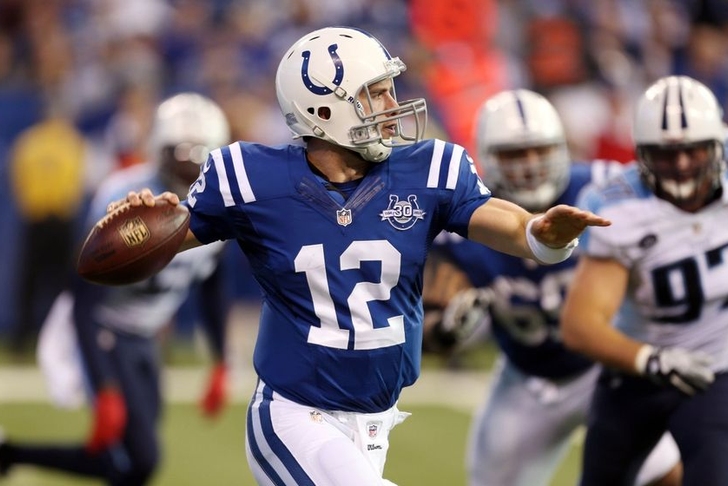 The Tennessee Titans head to Indianapolis to face the Colts, looking to rebound from a disastrous Week 3 loss at Cincinnati.

With Jake Locker nursing an injured wrist, Charlie Whitehurst got the call under center. He was not sharp, throwing for just 118 yards and a touchdown, along with a turnover, though the interception was a result of a tipped pass by receiver Justin Hunter.

Tennessee did not possess the ball much after Indianapolis had back-to-back drives after recovering an onside kick following their first touchdown of the day.

The running game was non-existent, as Whitehurst led the Titans with 25 rushing yards. Shonne Greene had two carries for nine yards.

Andrew Luck has been red hot the past two weeks, and he continued that streak early in this game.

Stat To Keep An Eye On: The Titans have just six first downs in the first half, and 35 yards rushing.

Tennessee: Realistically, probably no one deserves this spot, but Charlie Whitehurst has 118 yards passing and 25 yards rushing, leading the Titans in both categories.