Halftime Quick-hitters: Bengals Leading Titans 19-0 at the Half 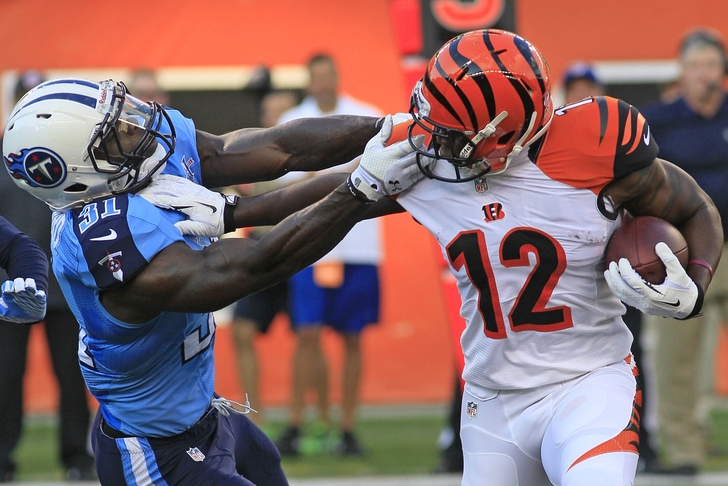 After a disappointing loss to the Dallas Cowboys, the Titans head to 2-0 Cincinnati looking to get back in the win column.

Jake Locker looked better than he did all last week, putting together a potential scoring drive to open up the game, but a Ryan Succop missed field goal kept Tennessee off the board early.

He did set up the Bengals offense with a score after throwing an interception deep in his own territory.

The shutout was not completely on Locker - he finished the first half with 91 yards and 45 yards rushing - but two missed field goals and a holding penalty on the punt team in the endzone put Tennessee in a hole early.

They connected for four catches and 78 yards in the half.

The biggest play of the half was a touchdown reception by Andy Dalton, scoring on a Mohamed Sanu pass on a trick play.

On the ground, Gio Bernard added a modest 21 yards and a touchdown run.

Stat to keep an eye on: With Sanu's touchdown pass, he is a perfect 3/3 with one touchdown in his career. Giving him a perfect 158.3 passer rating.