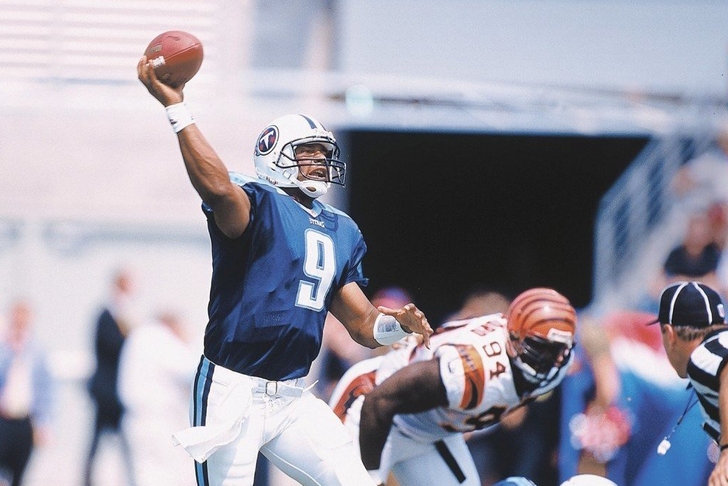 Being a fan comes with good times and bad times, but part of being a fan is sticking with your team through it all - in return, you get unforgettable memories. The Tennessee Titans have seen some seasons end more happily than others, but one thing is for sure -through the years, they've certainly left fans with some memorable moments...

It's easy to forget how painful this Super Bowl was for Titans fans, here’s a reminder (warning this video is hard to watch).

No fan can forget when former head coach Jeff Fisher had icicles forming on his mustache thanks to freezing weather. Fisher knows how to keep a nice 'stash and is widely regarded for his excellent facial hair. What other 'stash is strong enough to hold icicles? The image of Fisher's frozen mustache is one that most Titans fans will never be able to erase.

Making the switch from the “Oilers” to the “Titans”

When you played football monopoly before 1997-98, , the Titans didn’t exist - you were an Oilers fan.

One of the greatest players in the Tennessee Titans franchise history, Steve McNair

McNair is remembered as the strong-willed quarterback who led Tennessee on their famous drive that came within inches of forcing overtime in the 2000 Super Bowl. Not only did McNair accumulate the most wins of any quarterback in Titans/Oilers history, he was also widely respected for the toughness he exuded and the leadership he brought to the team.

Described by Titans former head coach Jeff Fisher as the "toughest player I have ever coached", McNair played through injuries and recovered as if he felt no pain. Steve “Air McNair” certainly made a name for himself, and left behind a legacy that will never be forgotten.

When this movie was released in 2000, it seemed like being a Titans fan was finally popular...however, that trend died quickly.

The man himself was one of the best things that happened to the Titans (alongside Steve McNair). The 1996 Heisman Trophy winner arrived in Tennessee in 1997, and he became the franchise's career rushing leader with 10,009 yards over an eight-year span. Recently, the running back was inducted into the Tennessee Sports Hall of Fame.

Young provided Tennessee with some memorable moments both on the field and off it. In his rookie season, Young was named the NFL Offensive Rookie of the Year. With pocket presence and a strong throwing arm, Young looked like the future of the team...unfortunately, his lack of mental toughness got the best of him, and spilled over into the Titans locker room.

Young lacked the ability to handle the demands of being the starting QB, and gave no indication that he was mentally stable enough to handle the pressures that came with his job on the field. Fans saw various breakdowns from Young, which soon led to the end of his time with the Titans.