3 Reasons Why The Tennessee Titans Are Legitimate Playoff Contenders 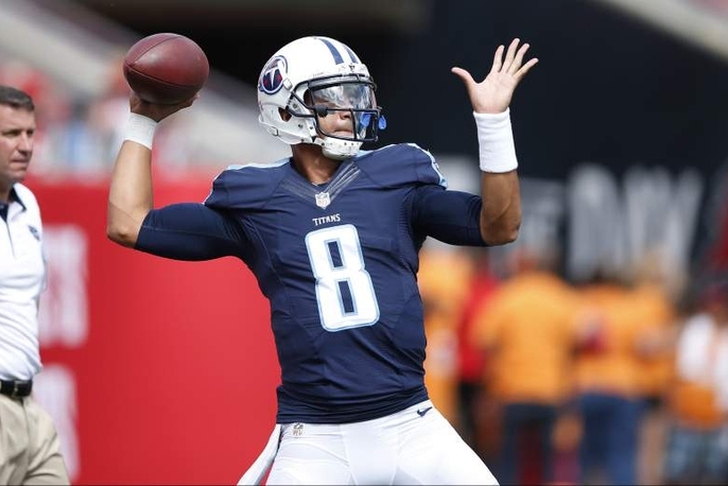 The Tennessee Titans looked great in their season opening 42-14 win over the over the Tampa Bay Buccaneers. The game wasn't even that close; the Titans took their foot off the gas and the Buccaneers had some garbage time scores. The Titans' win wasn't a fluke either; this team has the potential to make a postseason run. Here are three reasons why the Titans are legitimate playoff contenders.

Mariota looked incredible in his first regular season NFL appearance. He completed 13 of 16 passes for 209 yards and four TDs in one of the most impressive Week 1 performances. The Titans' offensive plan for Mariota was perfect. The Buccaneers may end up just having a bad defense, and it's still very early, but Mariota looks like the second-best QB in the AFC South.

The Titans' defense struggled last year, but they looked much better under Dick LaBeau's tutelage. It could end up being that Tampa Bay's offense is just awful, but the Titans defense was incredible in Week 1. The Bucs could not pass the ball at all and the running game was borderline nonexistent. If the Titans' defense performs in a similar fashion this season, they'll be playoff threats.

The AFC South is not a strong division. The Jacksonville Jaguars are at least a year or two from making any real playoff push. The Houston Texans pulled Brian Hoyer in Week 1 and their QB uncertainty will deprive them of a real shot at the playoffs. The Indianapolis Colts lost to the Bills in Week 1 and don't look invincible. Plus, the Titans have a much easier schedule than the Colts. Tennessee can make a run at the AFC South, especially if it can split with the Colts.

Follow our Tennessee Titans team page for all the latest Titans news and rumors!​