3 Reasons Why Derrick Henry Will Thrive With The Tennessee Titans 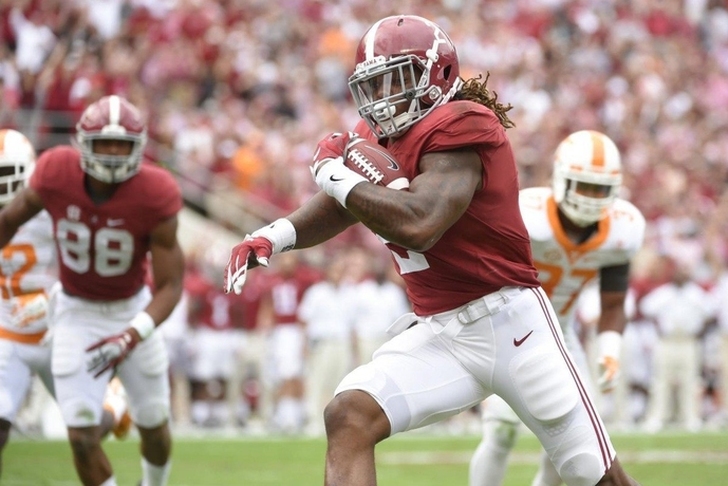 The Tennessee Titans drafted Heisman winning running back Derrick Henry in the second round of the NFL Draft, pairing him with DeMarco Murray in what should be one of the best backfields in the league. Even though he won't be the starter, there is still reason to think that Henry will be very successful at the professional level. Here are three reasons why he'll thrive with the Titans:

3) Size and power
Henry is already bigger than most NFL linebackers - and even some defensive linemen. At 6'3" and 245 lbs, his physicality will allow him to run over defenders, making him the perfect short yardage and goal line back. Brandon Jacbos had a successful career as a running back just by being bigger than everyone else - Henry has much more talent than Jacobs, so we can expect him to be a dominant force we have never seen.

2) Improving offensive line
Tennessee has made it a point to upgrade their offensive line, and that will help a downhill runner like Henry. First-round pick Jack Conklin joins a unit headlined by Taylor Lewan that is used to opening up sizable holes - the Titans just haven't had any backs who could utilize them.

1) Tennessee's focus on the run game
The Titans passing game still needs a lot of work, but their acquisitions of Murray and Henry show that they're dedicated to becoming a run-first team. Even though he's backing up Murray, Henry will still get plenty of opportunities to prove what he can do - especially against a defense that will be worn down by the time he gets in the time.