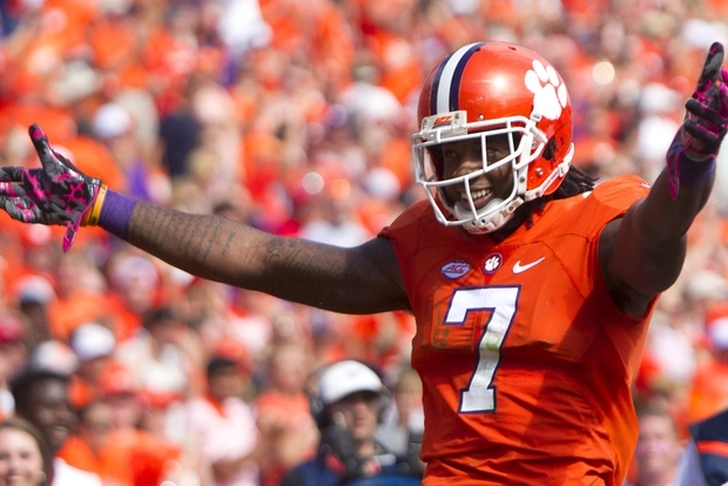 The 2017 NFL Draft will start in just over a week, and there will be plenty of trades. That's just the nature of the draft, although those trades are very difficult to predict. One team that could make some noise is the Tennessee Titans, as GM Jon Robinson showed last year he's willing to wheel and deal. The Titans have two first rounders, giving them the ammo to make a move.

To help determine the value of each pick and what it would cost, we're using the NFL trade value chart. While the trade values won't match up exactly, we tried to get them as close to even as possible. With that in mind, here are three trades the Titans could make in the NFL Draft.

This trade works out almost perfectly in the trade value chart. If the Browns are in love with Mitchell Trubisky (they might not be), then they could try to jump the Jets and move back into the Top 5. A trade down would still put the Titans in position to get one of the top tier wide outs or secondary players. Plus, getting the first pick in the second round gets them back in that round and another valuable asset.

Let's say there's a WR, corner or safety the Titans covet and he's still on the board when the Colts are on the clock. The Titans could pull off a trade to jump the Ravens (who need WR and corner help). The trade value matches up almost perfectly and the Titans would still get to keep their higher 3rd rounder. The Colts might be able to move behind the Ravens and Redskins and still get the player they want. Heck, they might be willing to only take the No. 100 overall pick.

I know, I've got the No. 100 overall pick getting traded again. But in this deal, the Titans still come out on top in terms of trade value. The Seahawks badly need an offensive tackle and No. 18 is a prime spot to trade up and possibly get the best one in the draft. If the Seahawks stand pat, they might miss out on all three, since the Broncos (No. 20), Giants (No. 23) and Texans (No. 25) need tackle help. Heck, even the Raiders could surprise and go OT. This allows the Titans to nab a second round pick (which they currently lack) and should still allow them to fill a need at No. 26. If they're looking for a corner, or even another safety, trading down in the first shouldn't hurt that plan.

Follow our Tennessee Titans team page for all the latest Titans news or download the Chat Sports App!