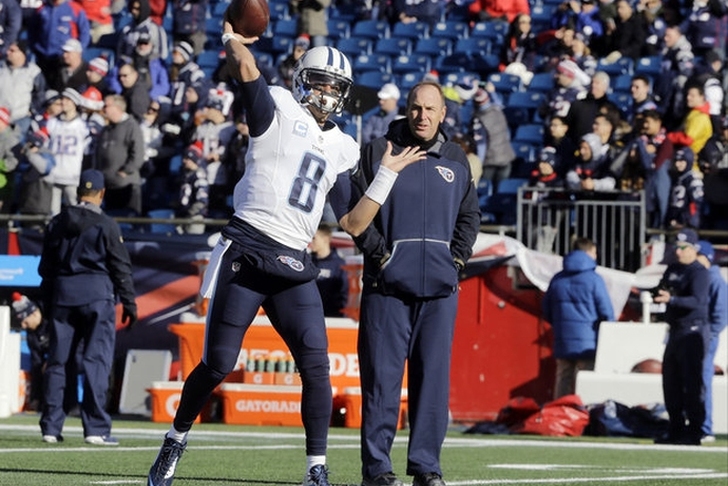 The NFL Draft will start in just under a month, and there will be plenty of trades. That's just the nature of the draft, although those trades are very difficult to predict. One of the teams that could be movers early in the draft is the Tennessee Titans. Here are three potential draft day trades they could make:

Tennessee would love this deal because of how much they would get for the No. 1 overall pick, but the Rams are moving up 14 spots would certainly warrant it. This is likely the only way the Rams could snag Carson Wentz since Cleveland will likely take him at No. 2 overall, but because of the cost involved, it's highly unlikely that the Rams will make this deal.

Tennessee has several needs on both sides of the ball, so trading back into the first round to get another high profile impact player certainly makes a lot of sense for them. Cincinnati is confident in their current roster, which is why they may be willing to trade out of the first round.

Tennessee has expressed a willingness to trade the top pick, and they'd gladly move back one spot to get an extra pick while still drafting Ole Miss OT Laremy Tunsil. Cleveland wants to trade up to ensure no one can jump them and draft Carson Wentz, making this a great deal for both sides.