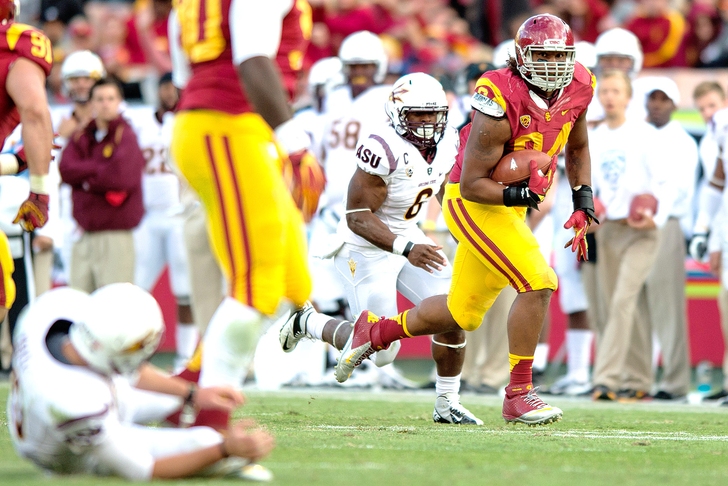 The Tennessee Titans and their fans remain optimistic about the wealth of young talent this week's NFL Draft could bring to the franchise. However, drafting the wrong players could very well send them spiraling in the opposite direction. Here’s 3 Players The Titans Need To Avoid In The 2015 NFL Draft.

Even if the admittedly talented Peters falls to the second round or farther due to overarching character concerns, the Titans would be better served looking at someone like Wake Forest’s Kevin Johnson or to another position of need rather than risking a pick on him. The mercurial cornerback was dismissed from the Huskies on November 6th after repeated clashes with the program’s coaching staff, and he may have some growing up to do before sliding into a significant role on an NFL squad.

This is more about who the Titans would have to pass up at #2 than any true knock on Williams' potential. While Tennessee needs to add an impact pass rusher somewhere in this draft, they need a franchise quarterback that much more. Grabbing Marcus Mariota at two is a bold play, but it's a necessary gamble. While Williams could very well commence on a decade of destruction in the league, the risk/reward ratio of selecting Mariota is too tantalizing to pass up.

If for some reason the Titans stray away from Mariota (or Jameis Winston if he drops), Tennessee may be tempted to take a flyer on Hundley in the second round. However, Hundley's accuracy both in the pocket and on the run is questionable, and he spent the majority of his college career taking snaps in a relatively simple shotgun offense. His athleticism could end up outweighing all of that, but he's still a project regardless of his rising draft stock.