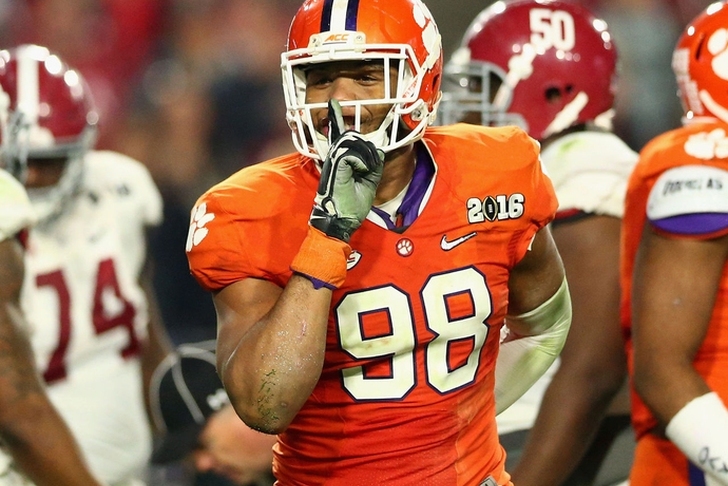 With the second pick in the second round and the No. 33 overall selection, the Tennessee Titans have selected DE Kevin Dodd from Clemson.

Scouting Report:
Dodd didn’t have the hype fellow teammate Shaq Lawson did entering this year, but had a breakout year in his first season starting. He was productive, recording 23.5 tackles for loss and 12 sacks. He had a monster national title game and wisely turned pro after that game. There’s risk of Dodd being a one-hit wonder, but also has the potential to be even better with more development. His best fit is in a 4-3 scheme.